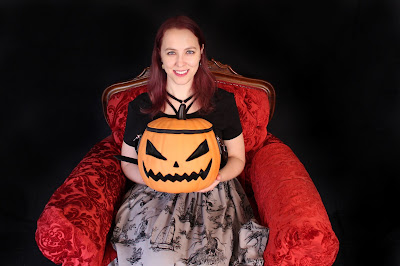 An upcoming filmmaker and novelist, Emily Louise Rua is making a mark on the industry as she manages to work between the various fields of writing, directing or being involved in various genre-related projects. Now, in honor of Women in Horror Month, I talk with her about getting into the industry, the filming of 9 Ways to Hell and her other projects.
Me: Hello and thank you for taking the time to do this. First off, when did you get into horror in general?
Emily Louise Rua: I can’t remember a time when I didn’t love horror! My life has revolved around horror and Halloween from the start. My dad enjoyed the old Universal monster movies and he passed on that love to me pretty early on. I learned to read from Alvin Schwartz folklore books (initially Ghosts! and In a Dark, Dark Room and Other Scary Stories and eventually the Scary Stories trilogy) then by third grade I was onto Stephen King. My poor teachers had to endure me injecting horror into every single school project (from English papers to science projects to essays on Amish economies), and I spent my free time writing horror stories, making short films, and doing Halloween craft projects.
Me: Were you into genre films growing up? What films specifically got you into watching horror movies?
ELR: As soon as I could watch movies, my dad had me watching the Universal monster movies. We had a couple VHS tapes and even super 8mm film. I absolutely loved them and graduated onto all sorts of b-horror pretty quickly. By the time I was 4, I had rented Chopper Chicks in Zombietown so many times from our local video rental shop that my dad decided to just start collecting horror & sci-fi movies to save on rental fees (we now have a collection nearing 3,000 titles).
Aside from Chopper Chicks in Zombietown, the other films that shaped my love for the genre were The People Under the Stairs, Child’s Play II, and – a movie that still terrifies me to this day - The Blob (1958).
Me: When did you initially discover a passion for moviemaking? What aspect of the industrial appealed to you?
ELR: I love how horror uses monsters and fantastic situations to explore societal issues or personal hardships. Horror is a universal genre – no matter where we're born or what socio-economic group you come from, everyone has at least a little fear of what may lurk in the dark. Film is such a creative way to explore horror, so I naturally gravitated to the medium. Audiences get to face their fears together and survive (even though their onscreen counterparts may not).
I started by making short films with my friends and family using my parents’ VHS camcorder and in high school, my dad bought me a digital camcorder. My senior year I took an independent study in art class and made my own film curriculum – culminating in a delightful 2-minute stop-motion Godzilla film. Even though it was just a silly little film, hearing the audience laugh and clap along solidified my resolve to enter into the industry. I want to bring people together through my films.
Me: When you entered the University of Southern California for your studies, was there any kind of push towards a specific style or format?
ELR: Believe it or not, the world’s most prestigious film school did not really embrace my love for b-horror and monster movies when I went there (although now with Jason Blum and Rebecca McKendry heavily involved in the school, it has certainly changed). In the late 2000s, the horror my fellow classmates enjoyed was very “safe” and artistic – Stanley Kubrick’s The Shining, Silence of the Lambs, Rosemary’s Baby, etc. My film production classmates did not take kindly to my films about a poor college student exorcizing a possessed chair or a puppet monster under the bed desperately trying to scare a young man. I enjoy utilizing a more heavy-handed stylization and adding elements of the fantastic into my work.
But film school did rub off on me a bit – in college, I was exposed to many beautiful and artistic foreign horror films and I am now just a little partial to more whimsical horror. I would love to create films with stylistic & tonal influences from Delicatessen (Marc Caro & Jean-Pierre Jeunet, 1991), The Orphanage (J.A. Bayona, 2007) or REC (Jaume Balaguero, Paco Plaza, 2007).
Me: Having worked on various aspects of film production, do you have any particular preference for working on any?
ELR: I am a director and an actress, through and through! In college, I spent four years as the Post Production manager at USC’s television station, and although it was a fun challenge, being alone in a dark room for hours on end is not fulfilling to me. I need to collaborate with people. I would much rather assemble a strong team of talented crew members and lead them to fulfill a creative vision. Others have a much stronger grasp on camera and lighting technology; my strengths are in communicating with people. Hamming it up in front of a camera is also fun.
Me: With plenty of short films early in your career, what tools and skills do you acquire working on those that transferred to feature-film projects?
ELR: Feature films are just very long short films. Working on a short you learn how to tell a concise story and keep everything simple because you don’t have the time to make it too complex. Learning how to make that strong, simple skeleton to your feature is very important. If you have a stable skeleton, you can then add extra layers and more drawn-out moments to fill out the piece. 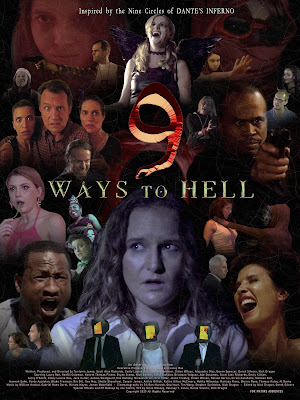