Social Distance (2020) by B. Luciano Barsuglia 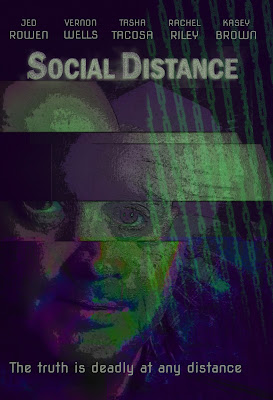 Director. B. Luciano Barsuglia
Year: 2020
Country: USA
Alternate Titles: N/A
Genre: Suspense/Thriller
Plot:
Stuck in quarantine together, members of a cruise-ships’ PR team begin a series of remote video calls trying to figure out how to stop a link from the cruise ship to the current out-of-control viral pandemic but as time goes on their sanity and nerves start to betray them.
Review: 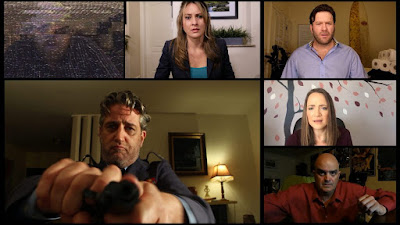 There was a lot to like here. The main factor here is the general tie-in and connection to what's going on in the world as the timeliness of the plotline is quite intriguing. Not only is the main theme about the group trying to cope not only with the stress of the pandemic but the demands of the job make for a fun time throughout here as everyone’s emotional journey is quite intriguing to see play through.
In addition, playing off both themes here gives this a lot to like. The job factors are rather giving, giving the main group a distinct personality and series of different interactions that are featured rather nicely as this one manages to get to everyone rather quickly and easily. Seeing their home life and outside interests alongside their work schedules so we can see who they are outside makes it easier to empathize and understand their changes. 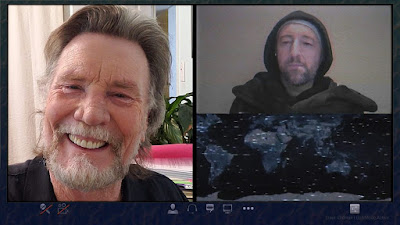 That darkness comes about mainly through the harshness and struggles with the job they’re forced to do pretty harsh tactics throughout here. Trying to brainstorm through the course of action and ramification as for how to proceed with the company while the deeper they dig the more they uncover a strange conspiracy involving the corporation, it starts to add together alongside the stress of the global situation to make for a great time overall.
If the piece has a flaw, it’s the conspiracy-theory angle that arises in the second half here. As a one-off character trait, it seems fine but then goes off in a weird sidetrack that doesn’t seem as though it’s connected to a rather different than a paranoid character study this was excelling at. It feels a touch different than the realistic approach this was being employed here and stands out for going against the pandemic storylines here. Beyond that, there wasn’t much to dislike with this one. 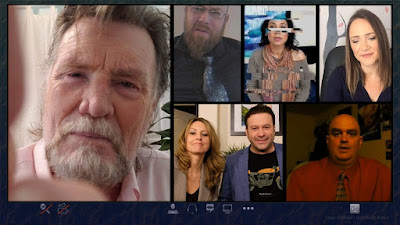 Overview: ***.5/5
A timely take on what’s going on in the world as well as getting plenty to like with how it builds itself overall, the one lone flaw might not even be that detrimental overall even if this does strike the film down a touch. Give it a look if you’re intrigued by the content or a fan of these timely thrillers at the moment, although some turned off by content or format should heed caution.
2020 B. Luciano Barsuglia Social Distance Suspense/Thriller