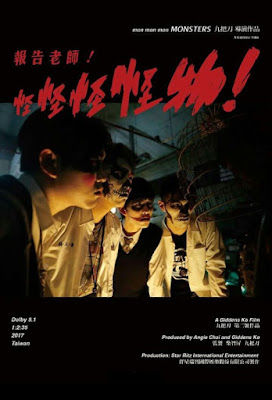 Plot:
Relentlessly bullied in school, a young teen and his tormentors manage to inadvertently stumble upon a strange cannibalistic creature and take it to a secure hideout where they begin torturing and tormenting the thing, only to have it’s vicious sibling tear apart the school looking for it. 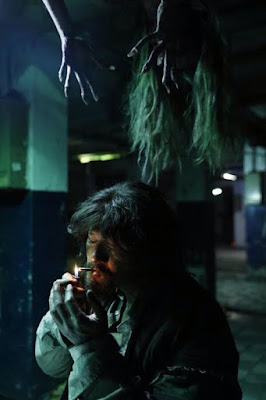 This was a rather troubling and flawed effort. Most of the film's flaws center around the central premise of the bullying gang that is so unrealistic there's a tremendous disconnect even accepting the main storyline. The group of bullies that we follow here are so far removed from general human behavior that it's impossible to connect with anything they do, ranging from the physical abuse on the main kid to the taunting and tormenting of the elderly and finally laughing at the misfortune of others. Showing them gathering the elderly out of their homes, hoisting them up unwillingly into demented games of chicken and beating them viciously just emerge as utterly ruthless and abominable actions to behold, which is only exacerbated once they capture the creature. Purposefully frightening it with light, yanking teeth out and stapling tags over its face to prevent it from biting them while they dress themselves up and dance around it mocking the poor thing which just goes on for so long that it's beyond any reasonable human behavior. Coupled with their reckless stealing, plain psychopathic tendencies and just general delinquency that causes them to laugh and mock just about anything they come across that makes this nearly impossible to get into this one.

As well, the fact that this one really focuses on the bullying of the group that it really keeps the horror elements at bay for an incredibly long period of the film. Although this one features the deformed creature as a focus for a long portion of the film, the fact that it's chained up and physically held captive doesn't really give this too much action for the most part as the main focus on treating her the way they do doesn't allow for any kind of true horror setups within here. Nothing much happens beyond showing the group to be the complete and utterly reprehensible beings they are, and the stagnant pacing that erupts here as a cause of this makes the film far longer than this really should. By going through all these scenes of them laughing and mocking or just all the various interactions around the community that showcases their behavior which all just manages to turn this one off with all the different actions overall just not providing this one with all that much horror action at all. The film is way too long as a result of that and doesn't really need to be that way which is the main issue that really holds it back.

There are a few solid enjoyable elements featured here. The main element to like here is the creature action, which happens mainly in the final half to really leave this in good stead. The rampage through the city tracking the kids is incredibly fun, showing not only the creature encountering the few individuals along the streets but also the fine bus encounter featuring the creature running wild against the trapped students who are completely unaware of the situation as the raining blood surrounds them. On top of that, the bloodshed during the school massacre is a real highlight for where it goes in terms of bloodshed. Leading into the final confrontation with the creature underneath the school where it all comes to a fine action-packed fine. As these showcase the fine design and odd behaviors of the creatures, as well as providing this with plenty of gore, all give this one enough to like for this one. 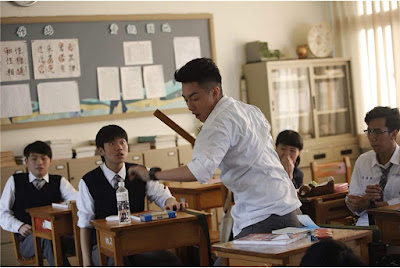 Overview: ** 1/2/5
As there are some solid, likable elements to enjoy within this even though it does have plenty of detrimental and highly problematic flaws, this is a pretty troubling effort. Give this one a chance if you’re into these kinds of genre efforts or willing to look past those flaws, while those that don’t should definitely heed caution. 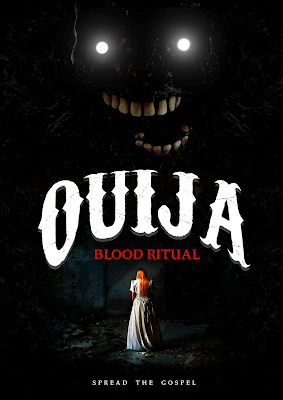