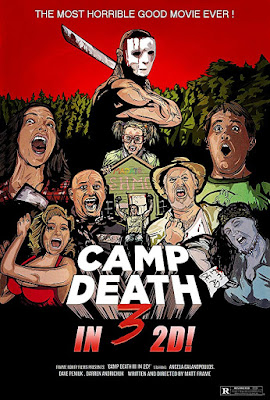 Plot:
With the psycho thought dead, the reopening of a summer camp for delinquents and other abusive people is threatened by a maniac cutting a trail of destruction through the participants, and once they realize the true nature of the psycho set out to stop him before he kills the entire camp. 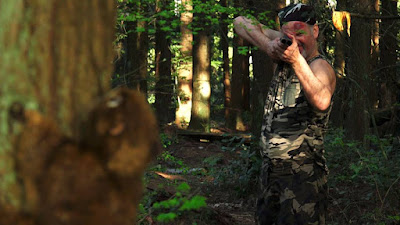 This is definitely a fun and enjoyable parody. That this one takes on the concept of the jokey nature from the very beginning allows this one plenty of fun not only with the overall setup of the backstory spoofing so many slasher killer's histories in order to get going alongside the slapstick comedy featured prominently throughout here starts this off on a fine note. The laughs here, from the abusive camp-leader who's violent, racially insensitive and snaps at everybody around him for no reason, to the equally violent and utterly unpleasant campers to the moronic counselors who are completely unfit to lead anyone anywhere which is all part of the joke with this one. This incredibly goofy and silly approach works nicely to give this effort a truly light and free atmosphere full of jokes and laughs for the majority of the film.

The laughs here are all perfectly served for the later scenes featuring the killer in action which are played to comedic effect as well. These elements are treated seriously enough that the series of attacks laid out here are somewhat entertaining, including the opening rampage against the different victims, the killer's first victim in the camp and the series of attacks against the campers where the idea of using the killer's POV to stalk victims through the woods in fantastic parodies of traditional slasher setups. As the finale includes a rushed if still incredibly creepy rapid-fire series of scenes featuring the discovery of the dead bodies strewn around the camp which provides the launch into the high-end battle with the killer at the lake, there's some decent amounts of fine slasher work getting some nice gore involved as well which makes this quite fun as well.

There are a few minor issues to be had with the film. The overriding issue to be had with the film is whether or not one's tolerance for the style of comedy present will win everyone over which isn't the case. The goofy, silly and outright insensitive jokes and comedy, complete with constant racial and sexual slurs manages to provide the atmosphere of being non-politically correct which might not appeal to most out there, which goes hand-in-hand with the constant forcing of the situation towards slapstick jokes that could not possibly be seen as funny to those looking for a coherent, cohesive narrative. Likewise, the fact that the finale is incredibly rushed, moving through the slasher setup of the dead body discovery that shows all the campers having been killed already but not done on-screen which turns straight into the confrontation with the killer that's incredibly quick and feels at odd with the rest of the film. Along with the low-budget look that's quite obvious throughout here, these hold this one down. 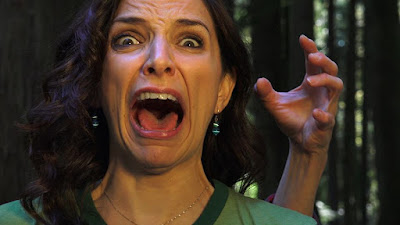 Overview: *** 1/2/5
A truly uproarious and at times silly slasher comedy, this one generates plenty of genuine laughs amongst it's bloody outpouring of traditional slasher meldings that may or may not appeal to all out there. Only give this a chance if you're appreciative of these silly, stupid parody style overt horror/comedies while anyone who doesn't in the slightest should avoid wholeheartedly. 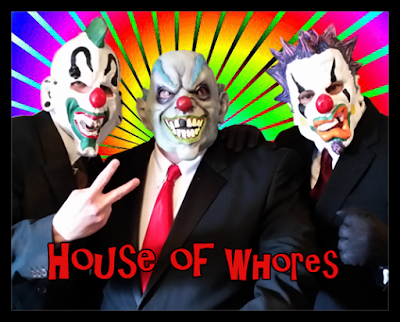 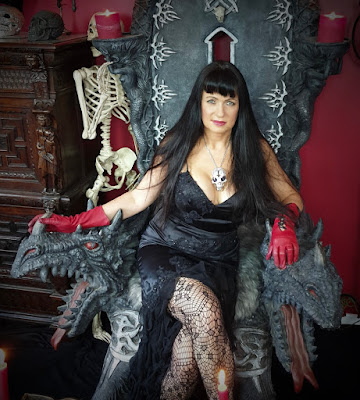