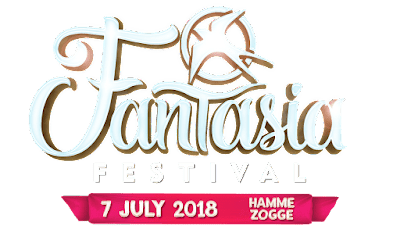 For 22 years, the Fantasia Festival held in Montreal, Quebec, Canada has been the home to a wide array of cutting-edge genre and other pieces with many celebrated films either having their world-premiere or even regional premieres at the celebrated event. The tradition continues this year with many films being available at the 2018 edition of the festival, and below are several of the more interesting and intriguing titles this site is interested in.

First up is the highly-anticipated world premiere of Universal 1440 Entertainment’s TALES FROM THE HOOD 2. The sequel to the groundbreaking original film TALES FROM THE HOOD reunites Executive Producer Spike Lee and writers/directors/producers Rusty Cundieff and Darin Scott for an all-new gripping,  horrifying, and oftentimes devilishly comical anthology. This next installment will keep viewers on the edge of their seats, as they course through several stories that explore socially relevant topics from the past and present.

Mixed martial arts meet high-school intrigue, with Hong Kong superhero Donnie Yen (ROGUE ONE: A STAR WARS STORY) at the blackboard! The closing night festivities of Fantasia 2018 will begin with the World Premiere of BIG BROTHER, which sees Yen reuniting with action director Kenji Tanigaki (GOD OF WAR, Fantasia 2017) and delivering an exhilarating, scholastic twist on the martial arts film. Having collaborated on the fight scenes in WU XIA (aka DRAGON, Fantasia 2011) and LEGEND OF THE FIST: RETURN OF CHEN ZHEN, Yen and Tanigaki once again land a bone-breaking bull’s-eye with BIG BROTHER.

Sam Elliott stars as a legendary World War II veteran who many years ago assassinated Adolf Hitler - an incredible secret that he’s frustratingly unable to share with the world. One day, just as he’s coming to terms with rounding out his life, Calvin gets a visit from the FBI and RCMP. They need him to take out Bigfoot. A wondrous feature debut from writer/director Robert D. Krzykowski, featuring visual effects by celebrated two-time Academy Award Winner Douglas Trumbull (2001: A SPACE ODYSSEY, BLADE RUNNER), who also co-produced alongside the great John Sayles and Lucky McKee. A fantastical discourse on the melancholia of old age and a singular blast of entertaining wit, THE MAN WHO KILLED HITLER AND THEN THE BIGFOOT (World Premiere) also stars Aidan Turner, Caitlin FitzGerald, and Ron Livingston. 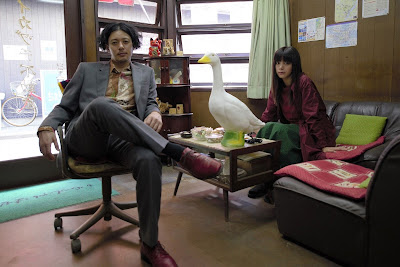 In Japan, law requires landlords to divulge tragic passings to their next tenants - but that same law fails to specify just how many subsequent renters one needs to inform! Thus, Miko Yagumo (Elaiza Ikeda, of THE MANY FACES OF ITO), a shy and antisocial young girl, is a “room launderer”: a transitory occupant, with the ability to see the spirits of the deceased. With ROOM LAUNDERING (North American Premiere), first-time filmmaker Kenji Katagiri proves himself to be one to watch out for - perfectly juggling quirky comedy and supernatural drama. This gem co-stars veteran, fan-favourite actor Joe Odagiri (ADRIFT IN TOKYO, MR. GO, AIR DOLL) and Kiyohiko Shibukawa (LOWLIFE LOVE and PUNK SAMURAI SLASH DOWN).

When a YouTuber brings a group of young volunteers in for a livestream at Gonjiam‘s Namyang Mental Hospital (a real-life location, selected by CNN as “One of the Freakiest Places on the Planet”), they get way more than what his ad-based revenue stream was worth. The second-highest-grossing Korean horror movie of all time (right after A TALE OF TWO SISTERS), this found-footage scare fest lives up to its immense hype in GONJIAM: HAUNTED ASYLUM from director Jeong Beom-sik!

That's just the tip of the iceberg when it comes to the stellar titles chosen for this years event. As if that wasn't enough, a selection of panels and special live events conducted in association with the event, from a live podcast recording of Mick Garris' Post Mortem featuring guest directors Joe Dante, Ryuhei Kiamura and Alejandro Brugues, all attending for the world-premiere of their new anthology Nightmare Cinema premiering at the event as well as special guest programmer Tony Timpone (former Fangoria magazine editor) to a live panel with beloved Canadian cult-film star Michael Ironside and a special award ceremony honoring First Lady of martial Arts Cynthia Rothrock.

This years' celebration promises to be another stellar edition of one of the finest festivals in the world. For more information and to browse our complete 2018 lineup, visit the festival's official website at www.fantasiafestival.com
Announcements Fantasia 2018