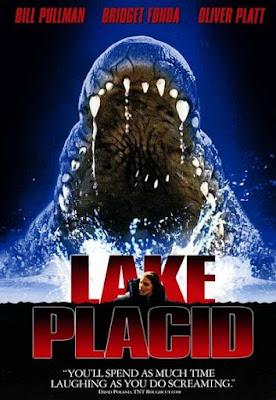 Plot:
After numerous reports of strange deaths are reported in a Maine lake, a wildlife officer and a local ranger find the cause to be a monstrous crocodile inhabiting the waters and try to stop its' rampage on the locals. 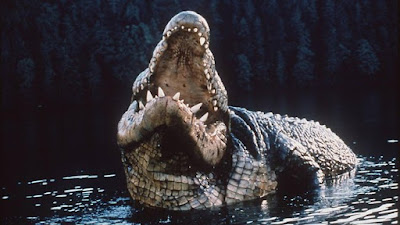 This here turned out to be one of the better animal-on-the-loose types of films around. One of the better elements here is the fact that this one manages to inject such a good amount of quality comedy into the proceedings that this doesn't make it feel like an attempt to copy the style of film at the time but more about a film that just happened to feature people who had a strong sense of humor. This makes it a lot more believable as a comedy than expected, as the physical gags and outstanding verbal jabs thrown at everyone makes it a lot more enjoyable than expected with the banter between everyone is brought out instead of being glossed over and forgotten, as everyone has a few good put-downs along with several really good one-liners.

When it gets down to the horror elements, this one is outstanding as well with plenty of good fun to be had here as the switch-over is handled in the right manner, as the film is serious when it needs to be and funny when seriousness has run its course. That seriousness starts with some fine stalking scenes including one where it backs a diver halfway across the lake as it floats on the surface waiting to attack or an underwater ambush in its lair that gets a good shock jump. Among other outstanding scenes is the high-action finale that ends this in great fashion as the chase through the lake finally ends with the exciting helicopter attack, the utterly fun manner of containing and trapping the creature as well as the final shock-jump that works nicely. As well, the few other attacks in here are quite fun as well as getting in some solid gore here, as it is pretty ample. 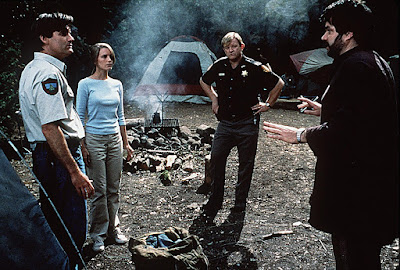 The cast here is decent enough and certainly works for these kinds of films. Bill Pullman as Jack Well the Wildlife Officer is great as the kind-hearted, rather sarcastic individual who knows how to be professional at the proper moments and keeps things fun and upbeat during his scenes. Brendan Gleeson steals the show as the unknowingly sarcastic and humorous Sheriff Keough who has some great oneliners but also has a warmth to him that makes it fun to be around him. Oliver Platt as Hector Cyr is a somewhat troublesome presence, as his infectious attitude and rapport with Gleeson makes him likable although there's some questionable behavioral choices leaves him with some odd moments. The less said about Bridget Fonda, the better who just embarrasses herself here doing nothing of any interest and existing only to get stuff dumped on her or fall into gross areas. As well, Betty White does offer up some utterly hilarious lines that are funny for who's delivering it. Add in some great animatronics and CGI so seamless it looks like one monster throughout for the crocodile and this one is a fine creature feature.

There’s not too much wrong here, as the biggest problem is that there were hardly any deaths in the film so there wasn't any real chance to spill on the gore. That could be the result of the time it was made, as this feels watered down but there could at least still have been more deaths in the film. The other flaw here is that there is a scene of an animal being feed to the crocodile and another of the croc attacking an animal, but the attacks are nothing more shocking than footage that could be seen on Animal Planet. It is not that bad, and really doesn’t have a lot of impact anymore. Otherwise, this one was quite a bit of fun.

Overview: **** 1/2/5
With plenty to like overall here with the film getting in a well-rounded series of positives that manage to hold it up over the few minor flaws. Give this a shot if you're interested in creature features or like these somewhat more clean and polished mainstream-leaning genre fare, while those that aren't as interested in this style should heed caution. 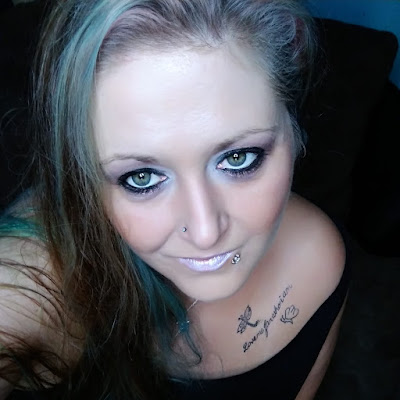 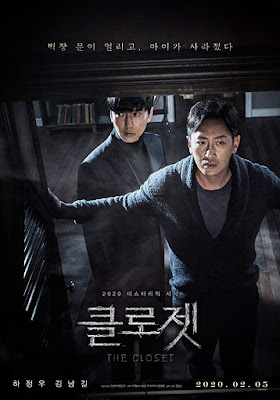