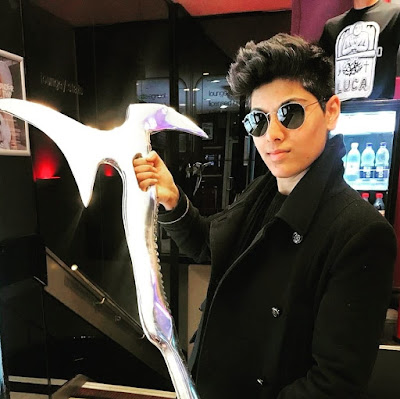 One of the most promising up-and-coming writer/directors in the scene, the multi-talented K X/I has emerged as a force to be reckoned with including several shorts and features under her belt. Now, in honor of Women in Horror Month, I talk with her about the start of her filmmaking journey, her recently-released film Black Lake and other upcoming projects.
Me: Hello and thank you for taking the time to do this. First off, where did you get the urge to go into directing?
K X/I: Hey Don, my pleasure. Thank you for giving me a voice. Well, I have always been a writer. I wrote a lot of poetry and horror fiction and started as young as 6! I eventually got banned from reading horror books by the time I was 11 by my parents because I was obsessed. I started directing when I went to university to study literature and did a module on film adaptations of text. So, I switched majors and have not stopped writing and directing since. And that was in 2005.
Me: Were you always into genre films growing up? What films specifically got you into watching horror movies?
K: Yes! I had an uncle who owned a video store in Pakistan which I always had access to when I spent summer holidays there. I used to mentally make a list of everything my parents didn’t want me to see so that when I was old enough I could! Some of the early ones for me were ‘A Nightmare on Elm Street,’ ‘Child’s Play,’ ‘Evil Dead,’ ‘The Shining,’ ‘The Omen II,’ and ‘Alien.’ I had severe arachnophobia because my father showed me the spider-head from ‘The Thing’ when I was 7. I also grew up with a lot of South-Asian horror films and horror stories. I discovered East-Asian horror cinema around the age of 18 and that’s when my palate matured, and I branched out wanting to consume more world cinema.
Me: Having worked on various aspects of film production, do you have any particular preference for working on any?
K: I love writing and directing, but more than anything, I love being behind the camera and feeling the weight of it. There’s nothing more exciting for me than pushing my body to try and get that perfect shot that captures the essence of my script. Working low budget means, I often have to take risks for example during ‘Black Lake’, I was trying to get this particular shot and had to ask someone to watch out for crocodiles so I didn’t get dragged in. It’s probably one of the reasons I couldn’t rent a camera because I would just run wild with it.
Me: Having worked on plenty of short films early in your career, what tools and skills do you acquire working on those that transferred to future film projects?
K: The short films were a great way for me to explore singular ideas and particular techniques. They also helped me understand the importance of timing. I didn’t do much publicly with my early shorts because they mostly felt like fragments of a larger idea. I didn’t have a formal film education as I studied film theory, but I watched a lot of films. The short films were a way for me to familiarize myself with the film tools and teach myself. 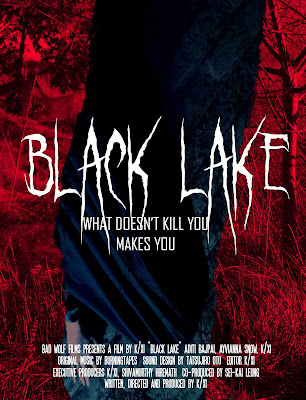